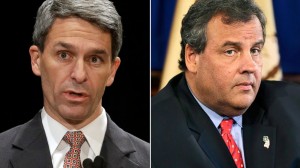 On Tuesday, voters in New Jersey, Virginia, and New York City went to the polls. Although it might not seem like it at first glance, the night was a huge positive for Republicans, while showcasing possibly fatal flaws for Democrats.

New Jersey: The elections in New Jersey saw Republican Governor Chris Christie defeat Democrat Barbara Buono to win a second term. What is so striking is not that Christie won (every single poll had him with a comfortable lead), but how he did it.  Christie’s landslide victory was the result of winning not only hardcore Republicans, but peeling off large portions of the Democratic base.  He won 21 percent of blacks (Romney won 6), 51 percent of Hispanics (Romney – 27 percent), and 57 percent of women. Yup, you read that right. Christie won 57 percent of New Jersey women …. while running against a woman. If he can win women by that much in a liberal state, with a female opponent, it’s scary to think what he could do in a general election against a certain Democratic female candidate in waiting.

Virginia: Sure, Ken Cuccinelli lost, and Republicans are poised to lose one of the most powerful governorships in the country. But the election was also a nailbiter, with Terry Mcauliffe only winning by less than 3 percentage points. Here’s a short list of everything that Cuccinelli had going against him:

With all this taken into account, it’s hard to fathom that any Republican could come even close in the increasingly liberal purple state of Virginia. The 2014 midterm map is tough for Democrats, and they will have to win races without the bevy of advantages that the one in Virginia offered. In other words, 2014 could look a lot more like New Jersey than Virginia.