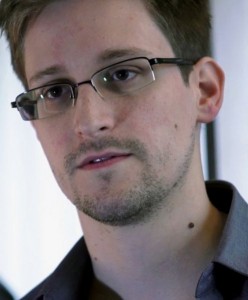 Edward Snowden’s revelations have hurt the United States on the international stage by publicly disclosing many of its signals intelligence (SIGINT) activities, yet there remains a glimmer of hope from these communications leaks: UKUSA is still alive and well, it seems.

The UKUSA agreement was an agreement negotiated in 1946 between the United Kingdom and the United States. Still reeling from the Second World War, wary of the Soviets, and with a newfound trust in one another, the two governments decided to institute a large intelligence-sharing program, the largest intelligence-sharing program between two independent powers, as it turns out. Several years later, Australia, Canada, and New Zealand were added to this secret treaty (which was not publicly disclosed until 2010).

Despite fears that the intelligence-sharing program (and the special relationships between these countries) was dying down in the post-Soviet world, the intelligence leaks suggest otherwise. The sheer presence of intelligence regarding the actions of British, Canadian, and Australian signals intelligence divisions or agencies shows the trust that still exist, while the actions that each country has taken seems to suggest that these countries are still very much in the same boat as the US. Canada has spied on the Brazilian Mine and Energy Ministry, Australia has spied on the Indonesian President through a phone tap (much like the US’ phone taps on 35 world leaders at various points over the last decade), and the British equivalent of the NSA (GCHQ) has tapped international undersea cable lines carrying Internet traffic.

Despite any frustration with such espionage that one may have, the similarity of the techniques and the availability of this information to the NSA goes to show one thing: UKUSA is still very much alive.