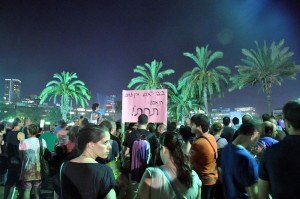 Last January, Israel held a series of elections, called early by Prime Minister Binyamin “Bibi” Netanyahu. The new government, formed just in time for President Barack Obama’s mid-March visit to Israel, seems at first glance to have remained remarkably similar to its original form: Netanyahu retained the post of Prime Minister as his party, the Likud-Beiteinu party, received the most votes. Despite Netanyahu’s constancy, however, much has changed about the Israeli government.

Netanyahu is, in fact, the first person in Israel to be elected to a third term as Prime Minister. Equally unprecedented is the electoral success of the Yesh Atid (“There is a Future”) party. Led by Yair Lapid, a journalist, author and news anchor, the party received the second largest number of seats — 19, a stunning number due not only to the party’s ad-hoc formation just prior to the election, but also due to its staunchly secular platform.

Though all Israeli men and women are required to serve in the military at the age of 18 — women for two years and men for three — there has always been an exception granted to Orthodox Jewish boys who go to Yeshiva, a special religious institution, to study Torah. The imbalance of this reprieve has always been a source of contention among the rest of the population, a discontent fueled by the fact that many Orthodox men and women do not work, yet receive government subsidies. According to a 2010 study done by Israel’s Central Bureau of Statistics, only about 50 percent of Orthodox men and 60 percent of Orthodox women work.

Typically, these Orthodox send their children to schools that provide a nontraditional education, eschewing subjects like math, science, and foreign languages to focus solely on religious education. The narrow scope of this education leaves little opportunity for those who do wish to work, and most families receive aid from the government or live in poverty. It has been estimated that sustaining the Orthodox community costs Israel as much as 15 billion shekels (upwards of 4 billion USD) per year, a figure that has sparked discontent among the remainder of the population.

Since the inception of the state of Israel, indeed, a debate has raged over the extent to which Judaism would affect the government and day-to-day life. The Orthodox, or Haredi, population is the fastest growing in Israel, and the two Orthodox parties, Shas and United Torah Judaism. The parties currently control 16 seats in the Knesset, where they previously blocked any and all attempts to change laws regarding the role of Judaism in the state or, most controversially, the conscription of Orthodox men into the military. But, for the first time in many years, the Orthodox parties have not been included in the coalition.

With Israel struggling to balance its religious and secular populations, some have drawn comparisons to one of its neighbors, Lebanon, as a curious example of incorporation of religion into government. The most religiously diverse state in the Middle East, Lebanon follows Confessionalism. According to the 2012 Report on International Religious Freedom, Lebanon is currently 27 percent Sunni Muslim, 27 percent Shia Muslim, and 21 percent Maronite Christian (all Christian Lebanese compromises around 41 percent of the population). Since it declared statehood in 1943, a Maronite Christian, a Sunni Muslim, and Shia Muslim have filled the three main seats of power — the President, the Prime Minister, and the Speaker for Parliament, respectively.

Some tensions have arisen within Lebanon as a result of this consociational arrangement. Yet the construct consistently incorporates representatives from all major religions into the government, something that most states cannot claim to have achieved. Israel’s government, by contrast, has given the Orthodox disproportionate representation for years. As a result, there has been lesser representation of secular groups, likely because it is not politically expedient to align with secularism in a state where religion has played such a large role in identity.

“There is sympathy for the ultra-orthodox parties among Modern Orthodox voters,” Nathan Sachs, a Foreign Policy Fellow at the Saban Center of the Brookings Institute, told The Politic. Consequently, the Orthodox Jews are still a minority, despite their recent growth.

The population of ultra-religious people has always been a source of contention in Israel, and representatives from both sides agree that it has not been dealt with effectively. With an average growth rate per year of about 6 percent, the integration of the Orthodox is becoming increasingly critical. Just one example of the growing tension between secular and religious Israel is a bill passed this past summer that cut the number of Orthodox military service exemptions from 8,000 to 1,500. This scaling back was only possible after the coalition change.

Though a lot can still change, as the law is not slated to come into effect for another three years, two other key policy changes have marked a shift against the religious population: one cuts funding for Yeshivas and another cuts funding for children in a given household. While the latter appears to be an evenhanded reform measure, the policy actually has a disproportional impact.

“It will really make things difficult for large ultra-orthodox families,” said Sachs. Orthodox families often have six or seven children and have formerly relied on the per-child support provided by the government. Changes like these suggest a deeper social shift occurring within the country.

In previous years, Israel’s focus has always been first and foremost on the security of the state; other issues, such as economic inequality — rank the fifth worst in the developed world by a Global Post Study — were ignored or overlooked. However, in 2011, the start of protests over housing prices made headlines and the people of Israel began to demand social justice. This increasing security of the state has likely bred greater freedom to protest and the middle class — which is typically secular — is beginning to find its voice in the government through parties like Yesh Atid. While there have been smaller, informal transformations in the past, such as increased commercial activity on the Sabbath, this is the first formal, political change towards a more secular Israel.

This change, of course, is by no means permanent. With civil war raging in Syria and the a nuclear Iran still a very real possibility, safety could easily return to the forefront, as these social, economic, and secular issues are again marginalized.

The current coalition depends on an alliance between Yesh Atid, a centrist party, and Habayit Yehudi, a far right-wing party. And according to Sachs, Orthodox parties are simply “waiting for the alliance to fracture” over a foreign policy. And if the push for secularism in Israel is only a transient idea of the present-day, they may not have long to wait at all.