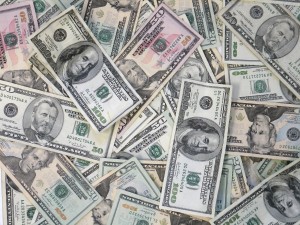 After sixteen days of verbal sparring, broken promises, and plummeting poll numbers (Republicans now stand at an all-time low 28% favorability), the Sen. Ted Cruz led government shutdown has finally ended with a whimper. Standard and Poor’s reports that the shutdown cost $24 billion to the American economy. $24 billion. It’s one thing to spend a lot of money to get something valuable in return, but that could not be less true in this case. This fiscal crisis cost a huge sum of money and in return we got nothing. The bill passed by Congress and signed into law by the President on Wednesday hardly makes any policy changes at all. The President could have signed the exact same bill sixteen days ago and saved us quite a bit of money, frustration, and embarrassment in the process.

So, let’s consider the counterfactual. What could we have done with the $24 billion dollars that we sent down the drain over the past sixteen days?

We could have built about 1,200 high schools.

We could have paid for about four million Pell Grants.

We could have funded the budget of the entire University of California System.

We could have green-lighted more than twelve thousand National Institutes of Health research grants.

We could have built 99 more Martin Luther King, Jr. memorials.

And for those the national security hawks out there, we could have bought about 1,600 Predator Drones.

I could continue this list, but I think you get the point

Of course, it isn’t so simple: there’s national funding and state funding, discretionary budgets and entitlement costs. But the bottom line is this: we spent $24 billion on a self-made crisis that did not need to happen at all. Almost everyone is in agreement that the United States has pressing problems – our infrastructure gets a D+, our bridges are crumbling to the point of collapse, our student loan bubble is this close to popping, and GDP is still trying to get out of the hole dug by the 2007 financial crisis. Yet, despite these great difficulties, Congress, specifically the rightwing, has decided to pile on added fiscal uncertainty.

The next time that Congress and the President are having a fight like this one  – and there definitely will be a next time – I hope they think about what $24 billion meets to them, to us, and to the economy. It’s not chump change and it certainly should not just go to waste.