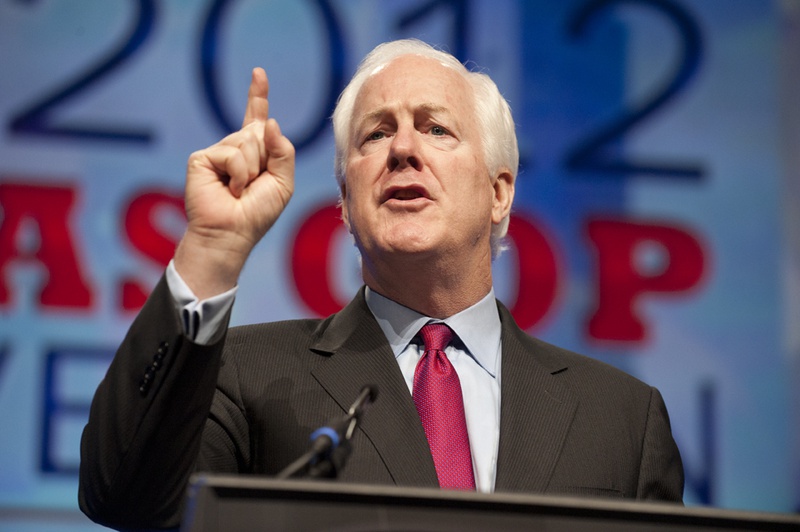 On Thursday, Representative Don Young (R-AK) when he decided to wax poetic on his origins in a radio station interview. While discussing his father’s California ranch, Young mentioned that he “used to have 50 to 60 wetbacks to pick tomatoes.”

The use of the racial epithet quickly drew condemnation from both sides of the aisle. Nancy Pelosi, John Boehner, and Rep. Ruben Hinojosa (D-TX), the head of the Congressional Hispanic Caucus, all reprimanded Young for his remarks and called for a full apology. However, one of the first, and most outspoken, critics of Young was Sen. John Cornyn (R-TX).  But why?  Why would a senator from Young’s own party, representing a state thousands of miles away, be one of Young’s most ardent critics?

The answer lies in Cornyn’s position as Senate Minority Whip. The Whip is the second most powerful member of a particular party in the Senate, behind the Majority or Minority leader. He or she is responsible for making sure that all members of the party vote for the party’s legislative agenda. The position is a powerful one, and it is becoming even more so in the era of increasingly divided politics. The position’s raw power can be seen in Netflix’s House of Cards, where Kevin Spacey plays Frank Underwood, a fictional House Majority Whip. Underwood uses his position to intimidate rank-and-file members of his party, and eventually gain political clout for himself. (On a personal note, it’s a phenomenal series that comes highly recommended from this author.)

Cornyn is viewed as one of the rising stars in the Republican Party, and could see his influence grow in the next couple of years. His boss, Minority Leader Mitch McConnell (R-KY) is facing a tough re-election fight next year, and with an electoral map favorable to Republican pickups, it isn’t inconceivable that Cornyn could find himself in the Majority Leader’s chair in 2014.

Cornyn’s quick condemnation of Young likely served a dual purpose: to make sure that Young tows the line on future party votes, and to get some name recognition for a possible 2014 power play.